The goal of this project was to connect two groups of people through an app. For my Mobile App Design I chose to create a fake app that is similar to PetFinder. The difference is that I had my app focus on adopting and rescuing dogs and cats from a shelter, and that people would be able to connect with those shelters as well as people who have adopted from a rescue that the user was considering to go through. 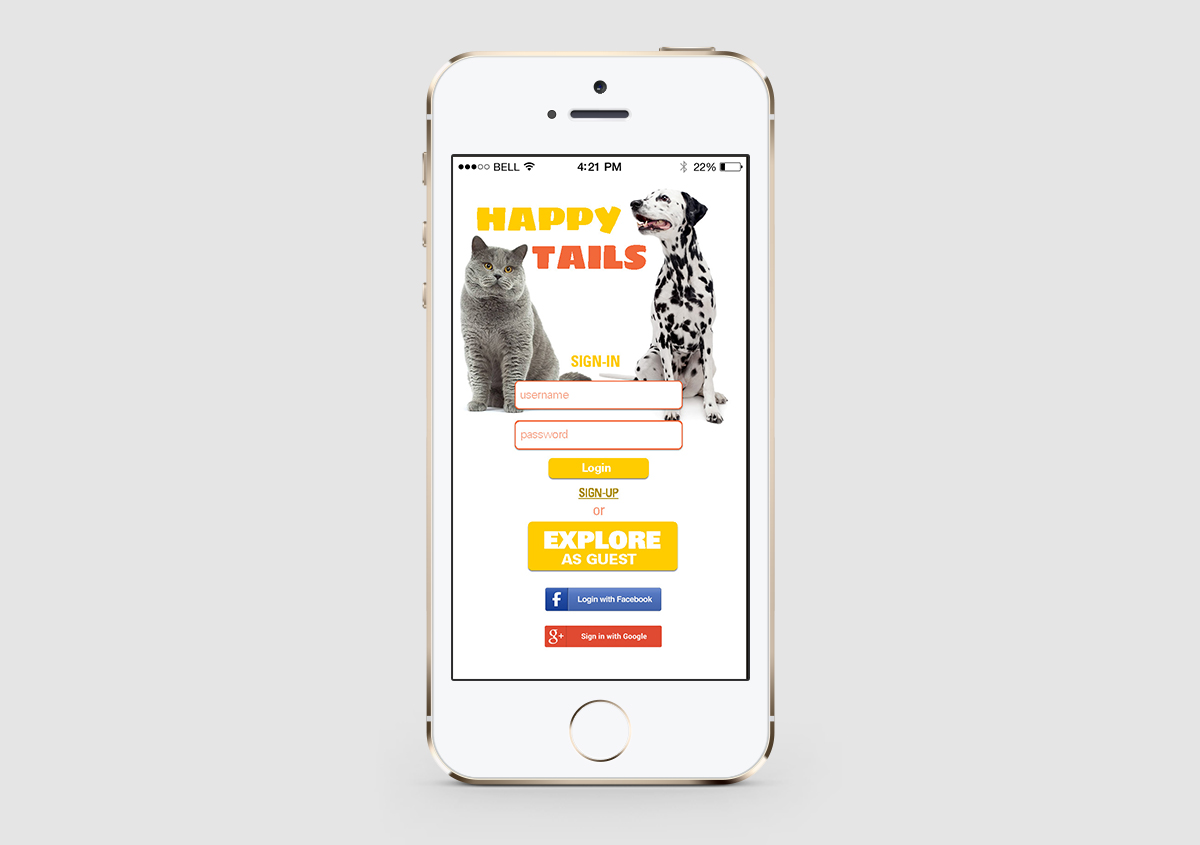 The first step in creating our mobile app was to develop user personas. We interviewed people as well as created a survey to send out to people who fit our target audience. The information gained through the survey and interviews helped give me a direction to head in as well as find out what the target audience considered to be important to include in this app.

The next step in the process was to whiteboard out our main screens and to get an understanding of the flow we wanted with our app.

Once we had whiteboard our screens, we then had to develop the wireframes using Axure. The wireframes allowed us to think about the functionality of our app as well as the general layout for each screen.

The last step of this project was to focus on the design and visual aspect of the app. We chose the iconography, color palette, hierarchy, and typefaces. We worked on making some aspects of the app to have dimension such as the buttons and header in order to make if feel more realistic.